Design & Promote would like to announce a new addition to the team, as John Bruehler joins the SEO department. The Chicago SEO company operates as an inbound marketing and web design company in Naperville, IL. Over the past few years, Design & Promote has expanded from a one-man Naperville SEO company operating out of CEO Bruce Jones’ home to a top Chicago SEO company, winning awards and recognition along the way, like Naperville small business of the year 2014 and 2014 Annual Award for Business Excellence presented by the Daily 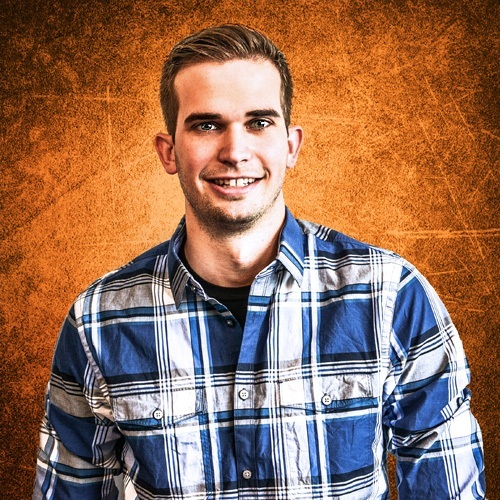 Herald. As the brand continues to flourish, it is time to add yet another member to the team.

John’s background has molded him for the job. Graduating from the University of Illinois at Urbana-Champaign in 2012, John earned a Bachelor of Science in Integrative Biology. He went on to working as a Microbiology Laboratory Technician in North Aurora, IL. However, John’s true passion led him down a different path. John’s interest in web development and search engine optimization grew during college, where he worked on web creation and SEO as a hobby. When he started receiving checks in the mail, John realized that his passion could also be his career.

As search engine optimization strategist at the Chicago SEO company, John will focus on analyzing SEO results with attention to online content creation and placement. Additionally, he will analyze client websites to determine Chicago SEO needs. Other contributions will be made through work and collaboration with the firm’s SEO director, Joe Roppo.

Adding John to the team comes at a crucial moment, as the SEO Company in Chicago pushes for strengthened inbound marketing strategies and service expansion. John’s skills enhance the Chicago SEO company growth and upgraded SEO service lineup, while his work will adhere to the aggressive search engine algorithm changes.

Bruce Jones reinforces the team’s positive embrace of the new member, observing that John has just the skill set the position requires. He explains, “[John] has the SEO experience and has learned a lot on his own determination and interest,” reminding that all the staff it excited to have John at the office. Learn more about John on our team web page. Then, contact John to learn more about his Chicago SEO strategy he has to offer you. Or better yet, come by the office to consult with John in person!